His other doctors proclaimed he would die
within a month. He kept on living for years:
the simple fact is that he was barely thirty

but had been dying for almost two of them.
The urge for prophecy is deep and deeply
rooted inside the gnarled and human heart—

we seek it out, its shiny metallic edge.
The cancer spread to his bones and then his liver.
Each time it reappeared, we treated it

with radiation; we stalled it, held it back,
until it spread to his lungs making every treatment
that I proposed seem less and less an option.

So this is it? You’re just going to let me die?
Mano, you leave me here to die like this?
But here, you see, the tongue is wiser than

a knife, the word selected not just “brother” but
a word that cut far deeper than English ever could.
The urge to prophecy is deep but not a given.

I gave no answer. I gave him nothing more.
And when I tried to rest my hand against
his arm, he turned away from me and said

to leave him, leave him now, to which he added
Mano, again, to drive the sharpened point home.
The fact is that he was barely thirty years old,

and I had failed him, run out of things to try.
Not even I could blame him for that finely-
honed stab, that carefully-chosen Spanish word.

To some, the owl is a symbol of death to come.
For others, it is the guardian that ferries souls.
I’m still not sure to which one I subscribe.

But there was not an owl in sight that morning,
barely a week since trying to talk to him,
and nothing to see outside except the dark.

I knew that something was off, was terribly wrong,
no matter how I tried to calm my mind.
I stood there thinking, thinking about it all:

our final conversation, my failures, what now?
I tried to reassure myself that I
had done all that I could have done for him.

Some of us study the future, and others the past.
It makes no difference at all. At work that day,
his sister called to let me know he died.

He passed that morning just before the sun
had started rising. Why I knew this then,
knew it before the news had yet to come,

troubles me even to this day. Not English.
Not “brother,” bother buried inside the word.
Instead, the Spanish word he knew would leave

a mark, would slice to the bone, sharp as a knife. 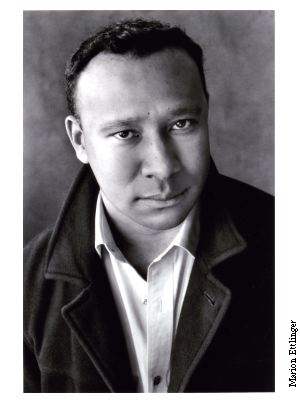 C. DALE YOUNG is the author of four collections of poetry, the most recent being The Halo (Four Way Books 2016). His linked collection of short stories, The Affliction, is forthcoming from Four Way Books in early 2018. A recipient of fellowships from the National Endowment for the Arts, the Guggenheim Foundation, and the Rockefeller Foundation, he practices medicine full-time and teaches in the Warren Wilson MFA Program for Writers.