The Holiness in Every Lonely Thing: William Walsh’s Fly Fishing in Times Square

Right from the title of William Walsh’s latest book of poetry, the reader senses there will be some weird, unexpected juxtapositions.  There are, and they work.  Walsh (the author of three other books of poetry, four novels, and collections of interviews and essays) makes a synthesis of divergent experiences, mixing adolescent recollections and precise images from the landscapes and diners he has passed through at various stages in his life.  Using down-to-earth language à la James Dickey (Walsh is the literary editor of The James Dickey Review.), he often comes upon an epiphanic utterance, zooming out to ontological observation, or pushing the reader to do so.

This Atlanta poet who grew up in Jamestown, New York, has a lot of crazy relatives, such as  Uncle Harvey who built a cannon in his garage.  He fills two dozen dry-cleaning bags with natural gas and floats them across the sky.  A woman in her backyard sees the black balloons and knows “for the first time/ there’s no controlling the world’s divine mysteries.” What a great piece of truth to discover amid underwear on the clotheslines.  All of which prompts the writer to ask, “What happens/ when imagination confronts the universe?” And that is not just a query by poets, but by all of us trying to survive a “dull Wednesday afternoon.”

The book has four sections.  The third, “The Death of Baseball,” comprised of one long narrative poem, “The Last Days of Friendship with Shawn M.,” recounts an elaborate teenage prank of letting 500 mice loose on a grumpy old man’s house.  The two boys eventually grow up and abandon their dreams of baseball careers. Then, “Shawn was dead.  No one had any details.”  Shawn, “the miraculous kid/ Who could do everything really well,/ but destined for some nostalgic tragedy.”  Where is “some place/ with land enough for boys with dreams”? But lest we get too nostalgically sentimental: “where a young man doesn’t have to worry/ about a Goddamn thing.”

“Memory is My Homeland,” the fourth section, assumes a more wisdom-of-age tone where, after the wild cars and escapades of youth, a father emerges.  How can he protect his daughter from the ravages, losses, disappointments, and dangers he knows are coming?  In “Some Disassembly Required,” he is taking apart his daughter’s rotting 18-year-old playhouse.  He is thinking about torque and Einstein “And then, the water moccasin,/ when I pulled the bench seats away, curled backwards// under the fall leaves, where my daughter’s legs used to dangle.”  Was it just luck his daughter had not been snake bitten?  A father is no match for the creature: “coil of stored energy at the ready,/ connoisseur of squirrels and frogs, thicker than my muscled arms.”  No more “cookies at the Queen’s palace” at this spot of time.

The poet opines again in “Why Otters Hold Hands,” “I want to know the world is safe for my daughter,” and finds this natural world less ominous amid the chasm of inevitable separation.  He wants to hear again his daughter in the shower “crowing like Iris Dement” while he cooks spaghetti.  “There’s so much, and yet I can never have it again,” like watching “The Life of Otters” documentary while eating popcorn on the sofa.  Now she shoos away “the family embarrassment// who mortifies her.”  Unprepared for the future, he has the memory of that documentary: “the otters holding hands while sleeping/ so they won’t drift apart.” Helpful metaphors can even come from television.

Many poems are about the outdoors beyond his backyard: fishing, hunting, boy scouting.  “Finding the River” is a real destination of his vision quest.  Fishing for Walleye in Canada (These poems are a rich variety of place names such as the Atikokan River.), knowing “Memory is the fourth dimension to any landscape” (as Janet Fitch’s epigraph to this fourth section suggests), he takes a truism and lets it run like a fish playing out his line:

I realized everything’s a metaphor

for what pins my sadness below the surface,
how everyone caries their bony sins

to the cross, how we must find
our own river despite where waters flow.

Does a little bit of cockeyed Christianity come through here? He said in “Why Otters Hold Hands,” “I want to live. . . where if I ever lose my religion again, someone/ will return it to my house.” Thinking about a friend who died of a heart attack—an effective, roundabout way of writing an epitaph— he concludes with lines that would make a good title for a book: “This woodsman searches for holiness/ in every lonely thing.”

These poems are interesting and varied in subject and style (including a sonnet to his grandfather), with such specific imagery from the suburbs and wilderness and “teenage angst” (“We Don’t Know How to Behave”).

What about the book’s title poem? In “Fly Fishing in Times Square, 2015,” we find a young man akin to W.B. Yeats standing on pavement gray thinking of Innisfree.  This poet knows he should like NYC, but amid the crowds and the heat, “all I can think about is a trout stream,/ lying down in the flowers” as he watches “people ignore each other.” He searches “for a miracle to smooth the creases.”  Like James Taylor going to Carolina in his mind, the poet’s imagination confronts the universe, remembering:

In Wyoming, I hooked a Mountain Whitefish, surprised
how easily he came to shore, speckled mystery

of bones and muscle.  I released him, then began
the slow patient wait of his return.

With humor, self-effacing and otherwise, Walsh’s entertaining book goes into the circle where mature memory loops to childhood and back, remembering, in the book’s final poem, “Street View: Google Earth: Lakeview Avenue,” his grandfather’s garage and when the poet “was a kid, being funny meant something.”  Now “there’s already enough pain.  I don’t need/ to bring it with me to every dinner party.”  He finds comfort in the solid of what remains in memory after that garage was torn down: his grandfather’s “vise/ that held everything so tight” and “the long wooden/ row of workbenches for hammering/ out what was broken, and not funny at all.”  Reading these poems is a reminder for us to get down to the serious work of finding “the holiness/ in every lonely thing.” 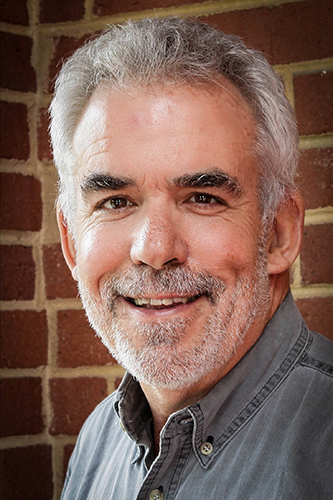 ROB MERRITT, Professor of English at Bluefield College in Virginia, is the author of the poetry collections The Language of Longing and Landscape Architects and the critical book Early Music and the Aesthetics of Ezra Pound. A member of the National Association for Poetry Therapy, he offers workshops on the healing power of expressive writing. He has taught poetry in China and is a board member of Pearl S. Buck Birthplace Foundation. Currently, he is writing about personal mythologies, the geographical imagination, and connections between Chinese and Appalachian poets.