Gracie barks them in at the gate.  A border collie mix with mismatched eyes, Gracie has an annoying high-pitched bark that is almost impossible to suppress.  She shrieks like a banshee when she’s overly excited.  When I try my hardest to shush her, she erupts in swallowed barks that sound like a laughing hyena.  The Bark Genie doesn’t work on Gracie, and besides, the back fell off and the batteries fell out and got lost.

At night before bedtime, Gracie makes a circle on the patio and barks to let creatures of the dark know she is on duty.  I appreciate that.  She is not an attack dog, she is a barker.  I would have named her Barker.  Or Barquette.

Early on in our association she escaped at a farm, and herded all the goats to the barn.  She stayed there, crouched and barking, with the goats in a group, looking down at her seeming to say, “What’s this maniac creature?”

One of the naïve dog parkers said, “Your dog is barking at my dog for no reason at all.”  I said, “She wants to run.”  Which is what she wants to do, preferably with a fast dog, and close to the ground, her legs extended to the maximum, and her ears, one black, one white, laid back aerodynamically.  Gracie is 29 pounds and holding, small for a border collie, and built like a fireplug, all muscle.  Her alert stretch-out is what is called a “sploot,” with her head up, front legs forward, and back legs splayed out in different directions.  When I start to leave the dog park, she says, “Wait, I need a couple more sprints,” and she goes for it.

I have lived with Gracie for more than three years.  When she came to me, the animal rescue had aborted her puppy fetuses and she bled for several days.  The blood dripped onto the road on our walks, and if we stopped, a little pool of blood accumulated.  I tried to tell her I was a veteran of miscarriage, too, and only time would make it better, but never completely better.  She would miss those puppies and the experience of raising them, but the world has more than enough puppies.  She would see them in dog heaven, and maybe they would have mismatched eyes and ears, too—who knew?

Gracie was my first foster dog.  I had had a hip replacement I had put off far too long, and I needed exercise after limping for a year.  The recumbent bicycle I bought seemed to have a repellent energy field around it that only a friend armed with earbuds and a laptop could penetrate, so I sold the bicycle to her.  She had watched on her laptop and listened to Stephen Colbert and similar shows through her earbuds, and I got tired of hearing her bursts of laughter, disconnected from anything I was doing.  I was irritable.  Life can make me smile, but it usually isn’t that funny.

My default idea for exercise was to foster and walk dogs for the Tennessee animal rescue people while they got them fixed and cleaned up and placed them in New England, which seems to infinitely absorb excess Appalachian dogs.  I envisioned a string of different needy but deserving dogs coming through, keeping things interesting, and keeping my mind off the cramping muscles around my plastic hip.

Gracie was the first.  She had been running loose in northern Alabama, and would only come to a woman who fed her, and only if she was good and hungry.  Gracie values activity more than she values food, so if she escapes, she is hard to catch.  She zooms roughly in tightening circles.  She runs up behind you just to tease, then zooms on.  Running is her version of a treat.  She has an inner dog, and a sense of fun.  We all know people like that.  My niece, who works out at the Y every day, hikes the Appalachian Trail, goes on a dogsled vacation, and eats a carrot, is a Gracie-like human.  But is not in danger of running in front of cars.

To keep Gracie from escaping, I added a Horgan harness to her harness and leash.  It goes around her back legs, so she is trussed up like a sausage, and can be picked up like a suitcase if necessary.  She can still go forward, but can’t pull backward, put her nose down, and step out of her harness or collar.  Gracie and I have been together long enough that we can predict each other.  I anticipate her, and she expects things of me.  She has trained me to give her a Milk-Bone mid-day, and to share any human food, just enough so her experience is expanded.  I just want a taste, a few molecules, she says, just to know.

When I got Gracie, I thought I would train her to recognize 400 different toys by name, like the border collie I had read about.  She seemed smart enough, but she wasn’t interested, or I wasn’t a good trainer.  I got a lot of toys, though, but nowhere near 400.  She had her favorites, the skunk that squeaked fast, and the chicken that looked more and more like an Al Capp shmoo as its appendages were amputated.  I bought another chicken for her, a different one with a piercing squeak, and she didn’t like it and carried it into another room and left it.  She was curious about most of the little plastic squeakers, and removed them so she could see them.

Gracie’s favorite acquisition has been Silvie, who came to me from the rescue people as the second foster dog.   They listed her as a min-pin, or miniature pinscher, and I think she is mostly rat terrier, but at that time she looked a lot like a sick furry snake, skinny with a pointy snout, and cloudy eyes, like eyes get when a dog doesn’t feel well.  Silvie was being treated for heartworms, and they knew I was a responsible person to administer medicine for the month.  She had been turned in by some people who couldn’t afford veterinary care.  If she was saved, if we broke the cycle of the worms before they did too much permanent damage, she would be attractive to New England.  She was grateful for a little dog food, and because Gracie could take it or leave it, there was no conflict.  In fact, Gracie liked to share.

Gracie took her on, let her sleep on the twin bed with her, and the snake began to fill out and look like a little well-proportioned dog.  Silvie became Gracie’s assistant, with the main role of keeping track of me.  She also helped Gracie with her digging-to-China project in the yard, and with keeping the squirrels treed.  I began to think of them as the Lone Rangerette and Tonta, or Batgirl and Little Batgirl.  I remembered Zippy, Dave Barry’s “emergency backup dog.”   Everyone needs an emergency backup dog.  Silvie watched me, and Gracie taught Silvie to bark, but her little “wuff wuff” is softer, at a lower register, with a burr, and is almost soothing and harmonic.

Silvie knew her name, otherwise I would have named her Digger, or Hopper.  Especially as she got well.  After a month, she had begun to shake the shmoo chicken and toss it into the air and take it to bed with her.  We visited the veterinarian, who determined she was heartworm-free, but she was left with a little heart murmur, which probably explains occasional wheezing.

I am a biologist, but stories rhapsodizing only about animals, except children’s stories in which the animals are human-like, usually leave me cold.  I feel adult animal stories need a person in them.  Sterling North is important in the raccoon story, Sy Montgomery in the pig story, Gerald Durrell in his animal stories.  Cicero, after all, said “a human being is the best plot there is.”  We learn from human motivation and tales.

But I find at the dog park, the dog stories are the most interesting.  Humans are secondary.  The dogs are all beautiful, with beautiful fur, eyes, tails or no tails, and ears, and the humans not so much, in their old dog park clothes, dusty shoes, saggy eye bags and dirty glasses, funny hats, and anxious corrections.  The dogs tell you things all the time, age, temperament, interests, care, insecurities, oddities.  As Yogi Berra said, you can see a lot just by watching.  I remember the dog names and forget the owner’s names.  Gracie barks in Ghost and Roxie.  And Nimbus, Duce, Shera, Zoey, Ginger, Cabuchon, Archer, Rusty, Wookie, Grrr, Mocha, Moon Shadow, Natto, Sheldon, Bella, Cosmo, Jake, Rider, and all the others.  There is even another Gracie.

Then they sniff.  Sometimes it’s a three-way sniff, with Silvie assisting.  Then off they go, to do what dogs do.  Gracie leads, and Silvie follows. 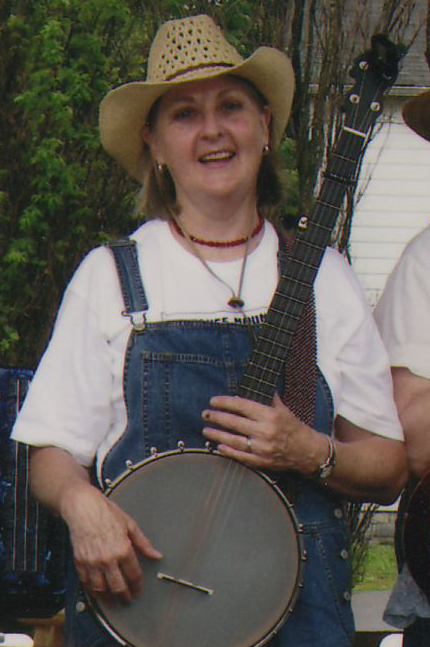 JILL CARPENTER has worked as a science writer, college instructor and bookseller.  Her essays appear in Creative Nonfiction, ISLE, Talking River Review, Thoreau’s Legacy: American Stories About Global Warming, and others.  A poem, “The Plight of the Bumblebee,” appears in Tiny Seed blog/journal in 2020.  After more than 25 years in Sewanee, Tennessee, where she played banjo in a “girls” band and made lots of quilts, she has moved back to Tucson, Arizona.