Storytelling in the Twitter Age: The Best Small Fictions 2019

“These microbursts of fiction seem acutely expressive of our compressed, Twitter-driven age,” guest editor Rilla Askew writes in her introduction to The Best Small Fictions 2019. At first blush, her pronouncement reads like a concession, a white flag raised in light of the dwindling attention spans. Her declaration that the one hundred forty-six pieces that comprise the anthology “eschew many of the traditional tools of fiction” only furthers this perception. And yet, compulsory concision and limited space produce not the threadbare story carcasses one might expect but rather something akin to story birds: small and fleeting yet vital and intact

Though a case can be made for attention paid to language, there is likely no greater beneficiary of the two-page tale than its opening line. Already a key component, the hook tends to seem sharper in a form that demands more of it. To wit: “Consider the case of a man who sets his five-year-old niece ablaze.” This horrifyingly frank plea kicks off Tochukwu Emmanuel Okafor’s “A Case of Fire,” and it is far from the only one to instill immediate dread. Laurette Folk’s “The Dream of the Moth” begins with a grisly postmortem (“He chopped me into exactly twenty pieces”) while Ruth Ducaso’s “Sunday Dress” explores coerced maternity (“Nissinha had been pregnant thirteen times. She hadn’t wanted any of them. But she’d had all thirteen”).

Of course, there is more than terror on display here. The Best Small Fictions 2019 is a motley mixture of moods, modes, and settings. For every tale of despair, there is a satirical jab (such as the corporate culture critique of Jacob M. Appel’s “Time Capsule” or the ironically unfunny title class of Andrew Gretes’s “Advanced Humor”) or a slice of magical realism. This is a collection where a lethargic clerk sorts correspondence from the departed (Rachel Kadish’s “Letters Arrive from the Dead”) and the children of lost fathers start speaking ancient Greek (Jeff Martin’s “Therapeusw”).

Plucked from more than two dozen countries, these stories provide intimate snapshots of a wide range of times and places. In Justin Herrmann’s “The Rat, the Panther, and the Peacock” a janitor at an Antarctic research station contends with growing loneliness and ornery seabirds. In Mauren Langloss’s “La Rabida Heart Sanitarium, 1954,” children stricken with rheumatic fever spend the entirety of their too-brief lives abed. The Overseas Chinese narrator of Alvin Ping’s “China” dissects his complex relationship with his ancestral homeland, and nature ravages an Outer Banks fishing village in Gretchen Steele Pratt’s “Born of Driftwood.” Of course, some pieces exist in undefined spaces, but when settings are accounted for, they leave indelible impressions.

Unsurprisingly, The Best Small Fictions 2019 is skewed toward prose, but it offers more than just a token nod to other forms. In addition to several poems, the collection boasts a recipe (Mary Slebodnik’s “Hometown Market’s Delicious Fried Chicken”), a screenplay (Charles D. Tarlton’s “The Night of Mononoke”, a glossary (Ashley Hynd’s “Diction”) and even an if-then questionnaire (J. Bradley’s “How to Burn a Bridge Job Aid”).

Given the breadth of its content, The Best Small Fictions 2019 may leave some searching in vain for a unifying thread. There isn’t one in any thematic sense, but these pieces do share more than just brevity. “Each work encapsulates a character, a voice, an image,” writes series editor Nathan Leslie. It is this singularity of focus that gives the collection its shape and purpose, and it serves as a welcome counterpoint to the swift-but-shallow, concentration-deprived zeitgeist that spawned it. 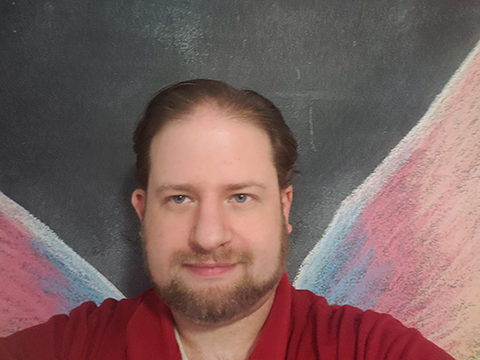 ZAC GOLDSTEIN holds an MFA in fiction from UNC Greensboro. His work has appeared in Jersey Devil Press and Heater. A New Jersey native, he lives in North Carolina where he is an Associate Professor of English at Guilford Technical Community College.