Farley brings speckled trout, each
iris: gold, pupil black, their tin foil
slippery, insides pink. We push back
their skins with a butter knife, eat one
side, peel up their spines; the bones
make the veins of a white leaf—eat
the other. He’s keeping an eye on a buck,
seen antler scrapes on bark. He’ll hunt
with a bow, promises I can watch when
he guts it, shows me photos on his phone,
eleven bulbs of ginseng he’s dug, like
ginger root. Eight hundred dollars worth.
Western light fills amaryllis, petals
shimmer, like red spinnakers. 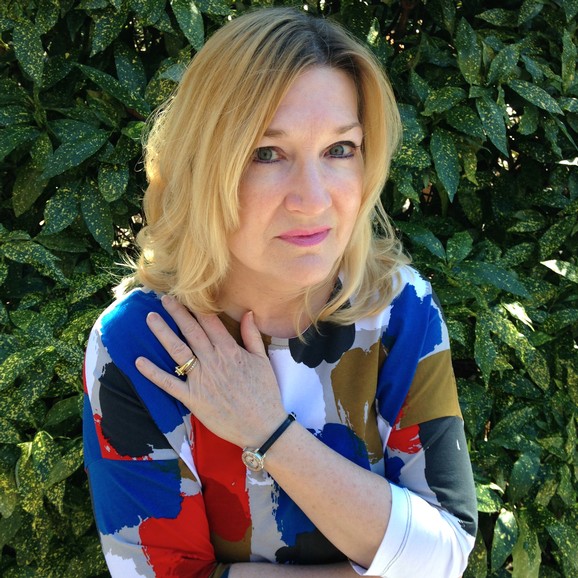 TINA BARR’s third full-length collection of poems, Green Target, won the Barrow Street Press Book Prize, judged by Patricia Spears Jones, and was published in the Fall of 2018.  Green Target won the Brockman-Campbell Award, judged by Michael Waters, from the North Carolina Poetry Society, as the best book of poems published by a North Carolina poet in 2018.  Her second book, Kaleidoscope, was released in 2015 by Iris Press.  Her first book, The Gathering Eye, won the Tupelo Press Editor’s Prize. She has also published 3 chapbooks, all winners of chapbook contests. She lives with her husband, Jazz composer and pianist Michael Jefry Stevens, in a cabin on the side of a mountain, in Black Mountain, North Carolina.