How to Feed Chickens – A Fable

Blakely Berry should have taken the time to stick her feet into sheathing of some sort—tennis shoes, hauraches, espadrilles, clogs—but why should this day be different from any other? She was a girl who liked the toe splay and heel freedom of barefoot. She also liked the combined tickle and ouch of thriving crabgrass, none of those preferences likely to change. For much of the spring and summer, occasionally through September, Blakely Berry went contentedly and obliviously barefoot among jabby pebbles, rusty nails, slicing thorns and downed, infuriated, stinger bees, her soles naked to the animate and inanimate of the grounded universe, much and many of it looking to avenge the insult of their locational purgatory.

If Blakely Berry had been pregnant, she would have qualified as double stereotype. But why stop there? As a nubile, chesty, vaguely dim, wheat-haired girl with cornflower blue eyes, a smattering of exposed and less-exposed freckles, several aspects of Blakely Berry invited stereotypic conclusion. The speed labelers took a look and decided, speedily: Nothing surprising here. And who can fault them, given Blakely Berry’s surface?

On this (stereotype alert) supremely humid Southern morn, we join our protagonist ambling along cracked, oil-splattered macadam, outfitted in a man’s extra large t-shirt and frayed cut-offs. The starting point of her journey: her brother’s house, where she’s dog- and bird-sitting while he vacations. Destination: her brother’s neighbors’ house, a country half-mile away. Blakely Berry has a slightly draggy gait because she’s an indolent girl but also because her right leg is marginally shorter than her left—a physical fact that makes no difference, truly, in the quality of her life, self-image or worldview which is stable, benign, and has been since early, early childhood.

The pavement is heating up, as it will, from ten a.m. onward, a frying pan of sorts for various roadkill, today’s batch, inclusively: one turtle, two sparrows and a very plump raccoon. The trip toward will fall (if just) within the perimeters of pleasant; it’s the return trip to her brother’s house that will smell high and scorch. No matter, our principal protagonist is disinclined to rush.

Her brother’s neighbors, Drew and Marcus Small, are, like her brother, fond of living where no one cares how often you get drunk and wail to the accompaniment of ukuleles; whether you own for sale or pleasure decimating goats, squalling peacocks or filthy chickens; whether your front yard presents more dirt than grass. The Smalls left town five years ago for country life, but Drew Small still drives her secondhand Mercedes to the Main Street real estate office where she sweet talks the undecided into mortgages they can’t afford, thus far without suffering bodily harm. Marcus Small, Blakely’s brother says, is some kind of journalist for some kind of alternative news outlet. Meaning: Marcus Small gets to stay at home a lot in his bathrobe. In that info transfer, even Blakely registered her brother’s percolating resentment. Blakely Berry’s sister-in-law, who declines to work, claims she could sell real estate as well as Drew Small. (“What’s so hard about selling a house? Everyone wants a house!”) But to sell houses Blakely’s brother’s wife would probably have to ditch her own bathrobe earlier in the day and hold off on the vodka gimlets at least until lunch time, and these are concessions Blakely Berry’s sister-in-law would never agree to, not tomorrow, not next week, not in her current life or the promised next.

Blakely’s brother and wife left on vacation a week ago; Drew and Marcus Small, late yesterday evening. Which is why the chicken feeder is on her way, one house to the other.

During the past year the Smalls repainted their home royal blue and added an A-frame second story. The original house, according to Blakely’s brother, was a flat-roofed, two-bedroom, cement block structure of no great distinction. The A-frame addition gives the house a stretched appearance, inside and out. Upstairs is all bedroom, the rafters still showing, wads of insulation still stacked on the floor. Screwed into almost every stud: ornate hooks dangling nightgowns, all of them elegant, silk and cream-colored. If absolutely forced to guess, Blakely Berry would put the number of Drew Small’s dangling nightgowns at 15. Another something Drew Small owns: mismatched table settings of pricey china, which Blakely hasn’t seen but has been told about by her sister-in-law. When Drew hosts a dinner party, each setting, complete in itself, is also different from the rest. Drew thinks the arrangement “artsy,” according to Blakely’s sister-in-law. Blakely has no opinion on the matter.

The room in the house that looks as if someone might write in it is on the first floor, off the living room, filled with a huge desk and rolling chair. Whatever else is in there—exposés of corrupt local politicians, consumer scams, the first four chapters of the world’s greatest novel (hidden, denied)—doesn’t merit description. Blakely wouldn’t have so much as peeked inside if Marcus hadn’t insisted on a full-house tour before turning to chicken instructions.

Marcus’s day-before discourse covered mash, pellets, scratch, scientific and anecdotal evidence that fowl, however hungry or parched, won’t put themselves out, searching for food or water: the very reason chicken feeders have to practically stick those scrawny necks into the grub and drink. Tiny chicks need tiny grit. Hens, petite or substantial, need layer feed. Before Marcus finished his lecture, Blakely’s left leg needed a rest from load bearing, so she bent her left knee and held on to her left ankle. A very chicken-like pose, remarked Marcus.

He advised her to breathe through her mouth while in the coop or to splash bourbon under her nose before entering. “Unless you like the scent of chicken shit,” he said, followed by: “Man has the dirtiest mouth of any animal” (talking bacteria at the time, not suggestive syntax). It made no difference to Blakely Berry. Marcus conducted the house and coop tour respectably dressed in tan shorts, a shirt covered with sailing ships and deck shoes. She should “feel free” to use his deck shoes while feeding the chickens, he said. He’d leave the pair he was wearing by the door. When Blakely let go of her ankle, both watched to see where that grimy foot might land: in shit or no.

At her solo approach this morning, the full cast of poultry emerges to cluck and claw neurotically at the red dirt (rough translation: stranger in our midst!). Blakely Berry isn’t afraid of chickens, but she has no fondness for chicken beaks. When she catches a toe on a length of unwound garden hose, her surprise lurch escalates clucking to squawking, the entire hen brigade levitating. But Blakely Berry is undeterred. They’re only chickens.

Twice the day before Marcus mentioned building the “whole chicken complex” himself. An apt word from the wordsmith: complex. Many are the twists and turns requiring tunnel-like shimmies in the chicken house layout where bland rectangular would have sufficed. Blakely Berry assumes Marcus Small assumed she’d forget yesterday’s pep talk and therefore took it upon himself, in those last few hours before leaving for the coast, to wood-staple postcard instructions along the tortuous route.

Blakely Berry isn’t much of a reader, but the instructions on the white 3 x 5’s are mercifully short. They are also numbered. #1 reads: You’re doing fine, although she’s done nothing except examine with care the knuckle of her right big toe, nicked when she tripped.

The second card reads: Chickens are one of man’s closest domesticated friends. A statement utterly without impact on the reader.

At the next T, she knocks her shoulder against a corner post, checks for splinters and rubs the tender socket. Which means Marcus’s fifth card hangs where it hangs another little while, sentiments unread (…And desire the essence of man). A Spinoza crib, but why would Blakely Berry know its true origin (or care)?

The feed scoop isn’t a scoop per se but a Clorox bottle that has been sliced and modified to serve that purpose. There’s nothing wrong with the makeshift scoop, but since it can’t hold the full amount of grain Blakely Berry is supposed to dispense, she has to scatter once and retrace her steps. Only then does she encounter postcard #6, which reads, in its entirety: You have a lovely ass.

Cheeky, yes, but the effect of that comment alone on Blakely Berry, in all probability, would have been minimal (a brief, understandable confusion, given that her bosom, not her butt, typically drew compliments). What tips the balance is the script’s accompaniment: a Polaroid of Marcus in unbelted bathrobe, proudly displaying his pride. The visual addendum causes even the near-impossible to offend Blakely Berry to wonder many things, first and foremost whether she should feed Marcus Small’s chickens their second half scoop or leave them hungry. But since the answer to that question must also come from Blakely Berry, the lag between thought and action is considerable. Such extended deliberation causes the expectant poultry to grow restless, one might even say indignant, regarding the nourishment delay. In protest and retribution, a single hen flutters toward the back of Blakely Berry’s calf and takes a nip, thereby launching a trend. And so, to escape further attack, clear a path, move even incrementally forward down freedom’s trail, Blakely Berry must kick hens with her bare feet, endure pecked ankles and re-injure her stubbed toe while the barnyard’s rooster struts the perimeter, wattle a-dangle.

And now, girls, to review: what, if anything, does Blakely Berry learn from this experience? And what in hell can she do with that knowledge other than buy herself a pair of shoes? 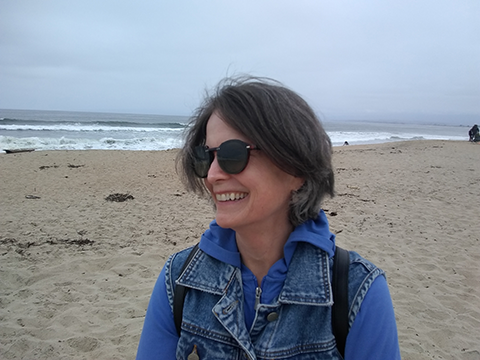 KAT MEADS, an Eastern North Carolina native, is the author of the forthcoming memoir-in-letters Dear DeeDee (Regal House Publishing) and the novel Miss Jane: The Lost Years (Livingston Press 2018). She has received fellowships from the National Endowment for the Arts, the Fine Arts Work Center in Provincetown, Yaddo, Millay Colony for the Arts and the California Arts Council, and two Independent Publisher Awards (IPPYs) for her essay collection 2:12 a.m. and her historical novel For You, Madam Lenin. Her short plays have been produced in New York and Los Angeles. You can find her online at www.katmeads.com.