Violence is its past. Its present
violence is silence, nostalgia, forgiveness

which takes believing in a place where
deer appear just before evening to dream,

drinking water where the blue heron sits
still searching, tracking. Blessed be none

of this, isolated Overlord whose ever-
loving word is life, who knows

the view is best from faraway. A cursor
of geese across the dull sky seems to pull

the gloaming down. Up close, here and there,
deep scars gape the bark, form a sort of mouth

where someone tried to cut it down.
More than once. Remnants of collapsed

fence in the distance, barbed wire
that once marked the border

of someone’s property. Now the field
seems endless. The lichen on its bark

could outlast us on nothing, on nothing
but air. Its slow-spreading radius and layers

reveal, to those who read such signs, how
long ago something happened. After

silver and green. It’s true, all that
breathes and sees is wounded for longing.

For longing for light, the tree unbends.
Slowly and always, the land amends. 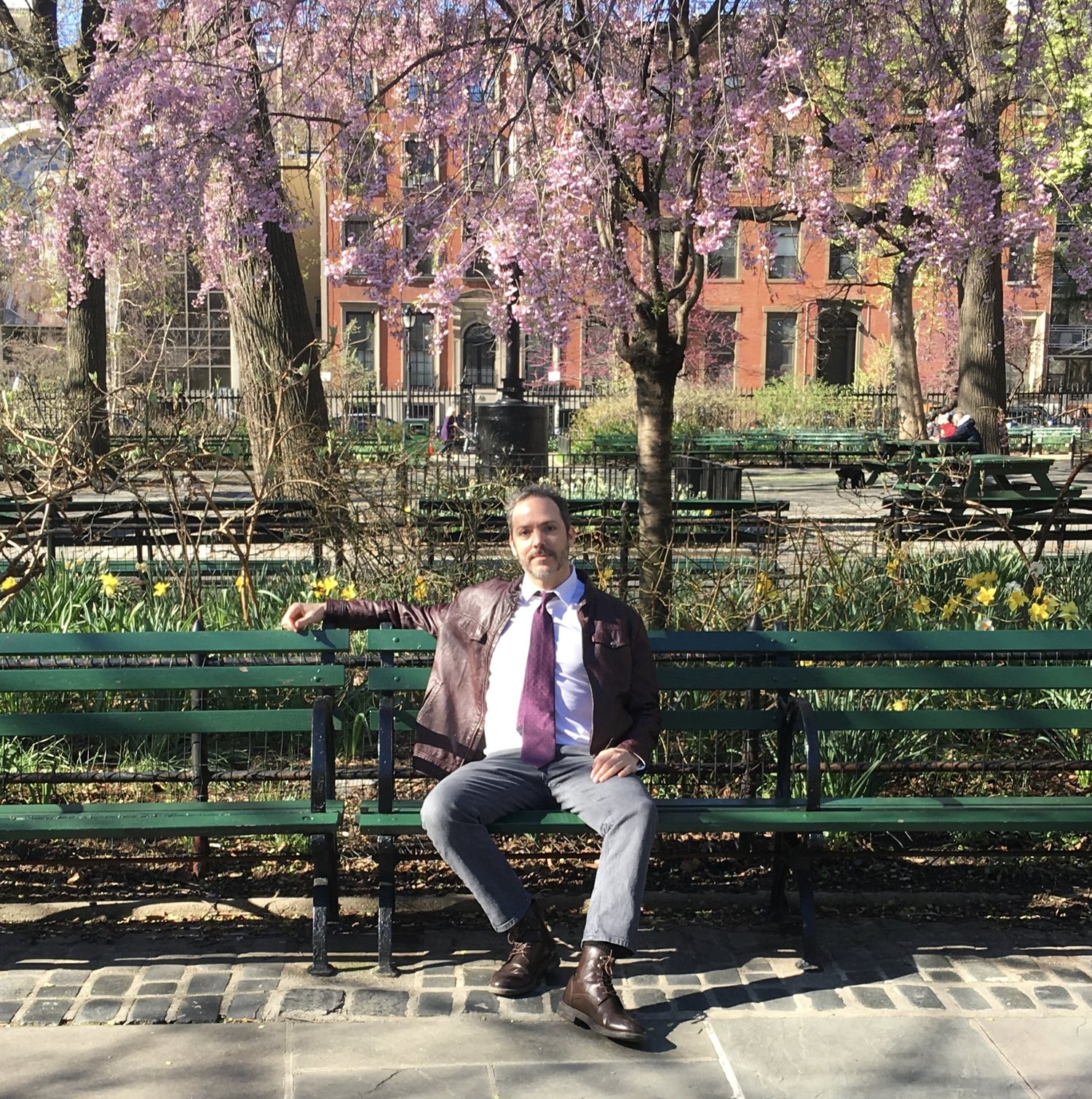 WAYNE JOHNS’s first book of poems, Antipsalm, received the Editor’s Choice prize in Unicorn Press’ First Book Series and Honorable Mention for the 2019 Brockman-Campbell Award from the North Carolina Poetry Society, which honors the best book published by a NC writer. He is also the author of two chapbooks, The Exclusion Zone, which received the Rane Arroyo prize from Seven Kitchens Press, and An Invisible Veil Between Us, selected by David Trinidad for the Frank O’Hara chapbook prize. His poems have appeared in Best New Poets, New England Review, Ploughshares, Image, and Prairie Schooner, among others. A former Lambda Literary Fellow in fiction, and Kingsbury Fellow at Florida State University, a recent short story can be found in Every True Pleasure: LGBTQ Tales of North Carolina (UNC Press, 2019). You can find him online at https://wayne-johns.com/